What I did on Tuesday

Alas, my cable for my phone still eludes me.  Photo's will still have to wait.  I'm going to my boyfriends tomorrow (or seen as I'm actually posting this just gone midnight, that technically makes it today) so I can pick his up for when I return on Friday.

Well, Tuesday was quite a fun day.  I woke up and listened to some music for a while, I remember listening to MSI ~ Shut Me Up, Finger Eleven ~ Slow Chemical and Repo! The Genetic Opera ~ 21st Century Cure.  If you like punk check out MSI if you haven't, if you like rock then Finger Eleven...used to be good, and if you like gothic opera films with a modern twist you should totally watch Repo! The Genetic Opera.  I mean who wouldn't want to see Giles as an assassin? 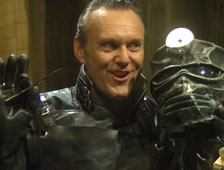 And I have a slighty googly eye crush on the GraveRobber...or it could just be I really want his coat. 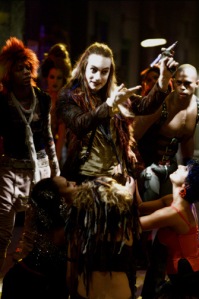 Any way, after that I jogged downstairs and gave my Dad his birthday presents.  Which he liked.  Then Danny gave him a crate of lager for his birthday...he liked that more.  But I tried to outstage him, I told him the jumper was a special jumper that you could only wear when drinking lager.  I don't think Dad believed me haha.  Ah, he likes his jumper and slippers and that's all that matters.

Then I did a little bit of reading, not just any book but an amazing book.  The new Skulduggery Pleasant book.  The first book is in my top 3 books of all time, it goes Dracula, Interview With A Vampire, then Skulduggery.  At least it used too, I think I've decided that my inner child is at its happiest when reading about  a skeleton detective, which is odd because when I was a child I was more content reading Dracula. 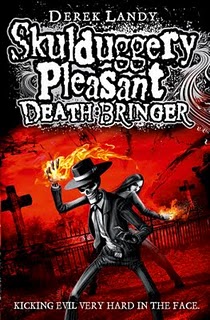 If you don't think that awesome books that are aimed at a younger audience isn't a little too immature for your taste you should definately check it out.  There are no sparkley vampires...but there are some vampires.  They tend to be a little more...erm "darker", than the Cullen family.

Then I watched Monday Night Raw with Danny.  I love wrestling, I'm a huge fan (or mark, to use the technical term for a fan of wrestling), so I enjoyed a muffin and some good matches.

At some point, after a very tasty egg, sausage and chip dinner I tried to watch a film called Tucker and Dale vs. Evil.  But my Xbox didn't want to play nice so I'm going to have to wait to watch it.  I'm upset about it though, I really want to see it.  It looks soooooooo funny.  Has anyone seen it?  Is it any good?

Then I spent the rest of my night being an Assassin, I played on Assassins Creed Brotherhood before deciding I should probably blog.  A spontaneous post that has no real importance other than to tell you what I did on Tuesday 13th September.  Lol, sorry.  Hope I didn't bore you all too much.